Targeted therapies and better outcomes for small cell lung cancer? NCI study on actionable germline mutations finds a link
“A retrospective study conducted by a team of NCI researchers is dispelling the widely held notion that small cell lung cancer is almost exclusively tied to a history of smoking.”

The importance of lung cancer screenings
“Lung cancer is the leading cause of cancer-related deaths in both men and women in the United States, more than breast, prostate and colorectal cancers combined.”

Born In the USA Not an Advantage for Overall Survival From NSCLC
“City of Hope researchers find longer overall survival rates among nonsmall cell lung cancer patients (NSCLC) who are immigrants. Could this be another instance of the healthy immigrant paradox?”

Higher-Dose Radiotherapy Improved Survival, Maintained Level of Toxicity for Limited-Stage SCLC
“Patients with limited-stage small cell lung cancer (LS-SCLC) experienced a substantial survival benefit without increased toxicity with a radiotherapy dose of 60 Gy compared with a lower dose of 45 Gy, according to data from a phase 2 trial (NCT02041845) published in The Lancet Oncology.” 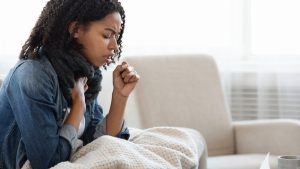 Lung cancer referrals drop by a third
“In England there were 20,300 fewer referrals for lung cancer symptoms between March 2020 and January 2021, with Cancer Research UK stating that the Covid-19 pandemic had created a “perfect storm of problems” that prevented patients from getting a diagnosis.”