A New Option for Some People With Lung Cancer: How This Immunotherapy/Chemotherapy Combo Can Increase Treatment Success
“Adding immunotherapy to chemotherapy prior to surgery for non-small cell lung cancer could help patients live longer, according to the results of a trial released at the American Association for Cancer Research annual meeting Saturday.”

Placing the patient at the center of lung cancer care
“Nearly seven years ago, McLeod Health made the decision to establish a screening program to detect lung cancer earlier and save lives through the use of low-dose lung CT scans.”

Nivolumab/Chemotherapy Improves PCR as Neoadjuvant Treatment of Resectable NSCLC
“Neoadjuvant nivolumab (Opdivo) added to chemotherapy lead to an improvement in pathological complete responses (pCR), compared with chemotherapy alone, as treatment of patients with resectable non-small cell lung cancer (NSCLC), according to data from the phase 3 CheckMate-816 trial presented at week 1 of the virtual AACR Annual Meeting 2021.” 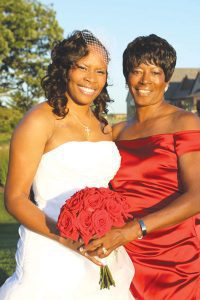