Incredible Hero Without A Cape
“There may be many worthy of the Lung Cancer Heroes® award, but none more deserving than Carolyn Baggett, M.S.N., RN, OCN. Carolyn has made a measurable impact on the lives of her patients and colleagues as the oncology nurse navigator and lung cancer screening coordinator at Baptist MD Anderson Cancer Center. She also steps outside the health care system to contribute to the education and involvement to many in the Jacksonville and North Florida communities.”

First-ever Language Guide: A Lexicon to Promote Best Practices for Submitted Abstracts
“Patients diagnosed with lung cancer often feel particularly stigmatized because the disease is so strongly associated with smoking. Their interaction with family, friends and doctors is often affected as a result, and many patients, particularly those who had stopped smoking years ago or those who had never smoked, feel unjustly blamed for their illness.[1]” 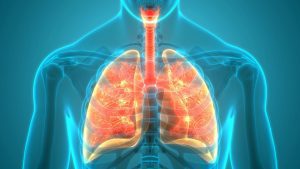 Mayo Clinic study suggests patients with lung cancer be screened for MET oncogene
“ROCHESTER, Minn. — Research by investigators at Mayo Clinic Cancer Center suggests that physicians should screen patients with lung cancer for MET amplification/overexpression before determining a treatment strategy. Their findings are published Cancer Discovery, a journal of the American Association for Cancer Research.”