Becoming a Champion for Patients With Lung Cancer
“For months, 50-year-old Lisa Przybyla had a nagging pain in her right shoulder and back that she attributed to exercise and strain. The pain continued to worsen over time and became excruciating when lying down.” 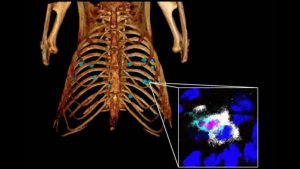 Getting Familiar With Lung Cancer and Its Therapy Options
“Lung cancer is an aggressive form of cancer that is one of the leading causes of death worldwide and in the United States. This disease may affect anyone, including smokers and nonsmokers. However, the rate of cancer in those with no smoking history is lower.”

‘Stigma Kills’: Kathy Griffin’s Diagnosis Brings Lung Cancer Needs to the Forefront, Regardless of Patient Smoking History
“Last week, actress and comedian Kathy Griffin announced that she received a diagnosis of lung cancer, despite having never smoked. Although the American Cancer Society reported that about 16% of lung cancers in women were diagnosed in people who never smoked, the stigma around the disease is still prevalent in our society.” 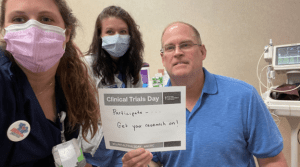 Lung Cancer Will Never Define Me, But It Has Refined Me
“I never could’ve imagined where my diagnosis with stage 4 EGFR-positive lung cancer would lead. Oh, the things I’ve experienced, the places I’ve gone, and the people I’ve met.”

A Lung Legend
“Dr. Robert Ramirez is a physician at the NOLANETS clinic at Ochsner Health. He has clinical and research interests in lung cancer, specifically non-small cell and small cell cancers, as well as neuroendocrine tumors of the lung, including diffuse, idiopathic, pulmonary, neuroendocrine, cell hyperplasia, typical and atypical carcinoids.” 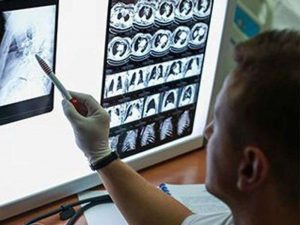 Lung cancer screening rates mainly unchanged during pandemic
“Stacey A. Fedewa, Ph.D., from the American Cancer Society in Atlanta, and colleagues examined annual LCS rates before and during the pandemic nationally and by state.”

Lung cancer in nonsmokers: How genetic markers can inform treatment
“Certain genetic mutations are more common in lung cancers seen in nonsmokers than in people who smoke. Biomarker testing can point to targeted treatments for specific mutations.”