Working Behind the Scenes for Patients With Lung Cancer
“Jody Ruth Steinhardt, M.P.H., CHES, is the coordinator of the lung cancer screening program at Maimonides Medical Center, where she started her career 30 years ago as the oncology program coordinator.” 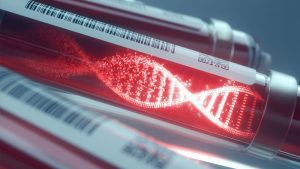 AI Blood Test Proves Useful in Lung Cancer Detection
— Such an approach would be useful considering the barriers to LDCT among high-risk people
“A blood test powered by the use of artificial intelligence could be an effective pre-screening tool for the noninvasive detection of lung cancer, according to a prospective study.”

Biomarker Testing in Lung Cancer Continues to Improve Outcomes, Move the Field Forward
“Years ago, many patients with lung cancer were treated the same, as there was limited knowledge about the disease and limited therapies to treat it. Then, biomarker testing brought precision medicine into the world of lung cancer, and now patients are treated with drugs specifically designed to treat cancer with certain characteristics.” 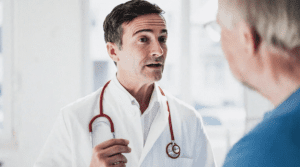 Early Target Identification Will Help Maximize Osimertinib Treatment
“Expanding the use of osmertinib (Tagrisso) so that it is efficacious as a frontline treatment will help pave the way for a new era of success in treating lung cancer, said Jonathan W. Riess, MD, MS”

VIDEO:
RET Fusion–Positive Non–Small Cell Lung Cancer
“This is Part 1 of Updates in Lung Cancer, a four-part video roundtable series. Scroll down to watch the other videos from this Roundtable.”