White Ribbon Project holds lung cancer awareness event in Woodland
“Shyreece Pompey was a school teacher and devout member of her church in Michigan prior to finding out she had lung cancer.”

Turning the Tide against Non–Small Cell Lung Cancer
“Mortality from non–small cell lung cancer (NSCLC) has sharply declined in recent years, a decrease that has coincided with a spate of FDA approvals for targeted therapies in patients whose tumors harbor various genetic alterations. In 2015, two papers in Cancer Discovery showed that MET exon 14 splice site mutations were recurrent and actionable in patients with NSCLC.” 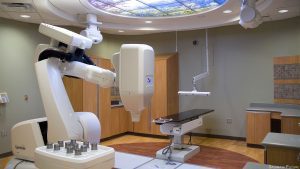 Radiation or Surgery in Early Lung Cancer: Does It Make a Difference?
“Ablative radiation still noninferior to VATS after longer follow-up. Long-term survival was equivalent for patients with early-stage non-small-cell lung cancer (NSCLC) whether treated with stereotactic ablative radiotherapy (SABR) or surgery, according to updated results from a prospective study.”

First Patient With Lung Cancer Treated in Phase 2b Tomivosertib Trial
“The first patient was dosed in the phase 2b KICKSTART clinical trial from eFFECTOR Therapeutics, Inc. in early June. The randomized trial will treat patients who have non-small cell lung cancer (NSCLC) with a combination of tomivosertib and Keytruda (pembrolizumab).” 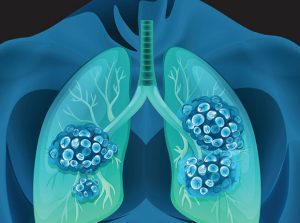 PODCAST:
Top Science From the World Conference on Lung Cancer
“In this podcast, we examine some of the most important studies presented at this year’s meeting”