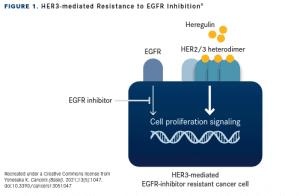 Novel Drug Sparks Hope for Targeting HER3 in NSCLC and Beyond
“Although oncogenic activation of the HER3 receptor has been identified as a significant source of drug resistance and treatment failure, efforts to develop therapies targeting this mechanism have so far fallen short.1 Now, patritumab deruxtecan, a novel antibody-drug conjugate (ADC), is emerging as a promising HER3-directed therapy in patients with non–small cell lung cancer (NSCLC) and perhaps other solid malignancies.” 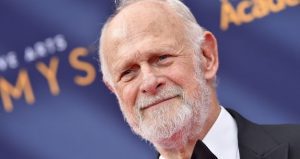 ‘This Is Us’ Actor Gerald McRaney’s Lung Cancer Diagnosis Happened By Chance. Here’s The Story Of How It Saved His Life
“In an interview with SurvivorNet, McRaney, who joins ‘NCIS: Los Angeles’ this season, recalls his shocking diagnosis, found as he was preparing for knee surgery.”

Anlotinib Plus Irinotecan or Docetaxel Shows Promising Efficacy in SCLC
“Patients with small cell lung cancer who failed first-line treatment within 6 months were examined for efficacy of anlotinib plus chemotherapy in a phase 2 trial whose results were presented at the 2021 ESMO Congress.”

Race Does Not Correlate With High Renal Toxicity With Pemetrexed/Pembrolizumab in NS-NSCLC
“Treatment with platinum-based pemetrexed combined with pembrolizumab (Keytruda) in patients with nonsquamous non–small cell lung cancer (NSCLC) resulted in acute kidney injury (AKI) and death in more Black American patients compared with White American patients, according to a retrospective analysis from the phase 3 KEYNOTE-189 clinical trial (NCT02578680).”